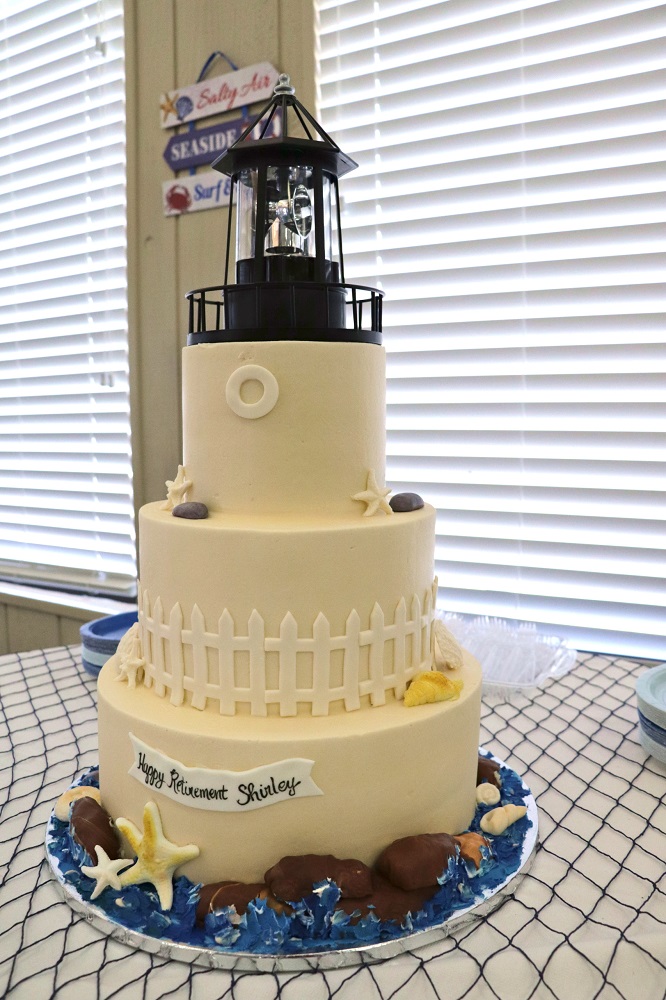 The occasion of Shirley’s final day on the job was celebrated with a ceremony at the Lake Ariana Clubhouse. Members of her Finance Department decorated the space and provided a lunch buffet complete with an impressive three-tiered cake, decorated to resemble a lighthouse. Fun fact, Shirley looks forward to starting her retirement off with an adventure to Maine to visit the state’s costal icons, their historical lighthouses.

Elected officials of the City Commission joined in the ceremony. Mayor Tim Pospichal presented the framed resolution that was brought up and passed at a recent commission meeting. The resolution resolved the renaming of a local road as “Shirley Lowrance Road” in honor of the many years and countless hours that Shirley has given to the City. The road is located at the western end of Braddock Road, next to the Polk Parkway.

City staff from various departments also joined to congratulate Shirley on her accomplishment and retirement. Former City Manager Bobby Green welcomed all to recognize Shirley’s record as the longest-serving employee, a mile marker that is not expected to be surpassed anytime soon, if at all.

As Shirley enters her retirement, the City of Auburndale wishes her the very best in her travels and future endeavors. Thank you for everything, Shirley Lowrance. 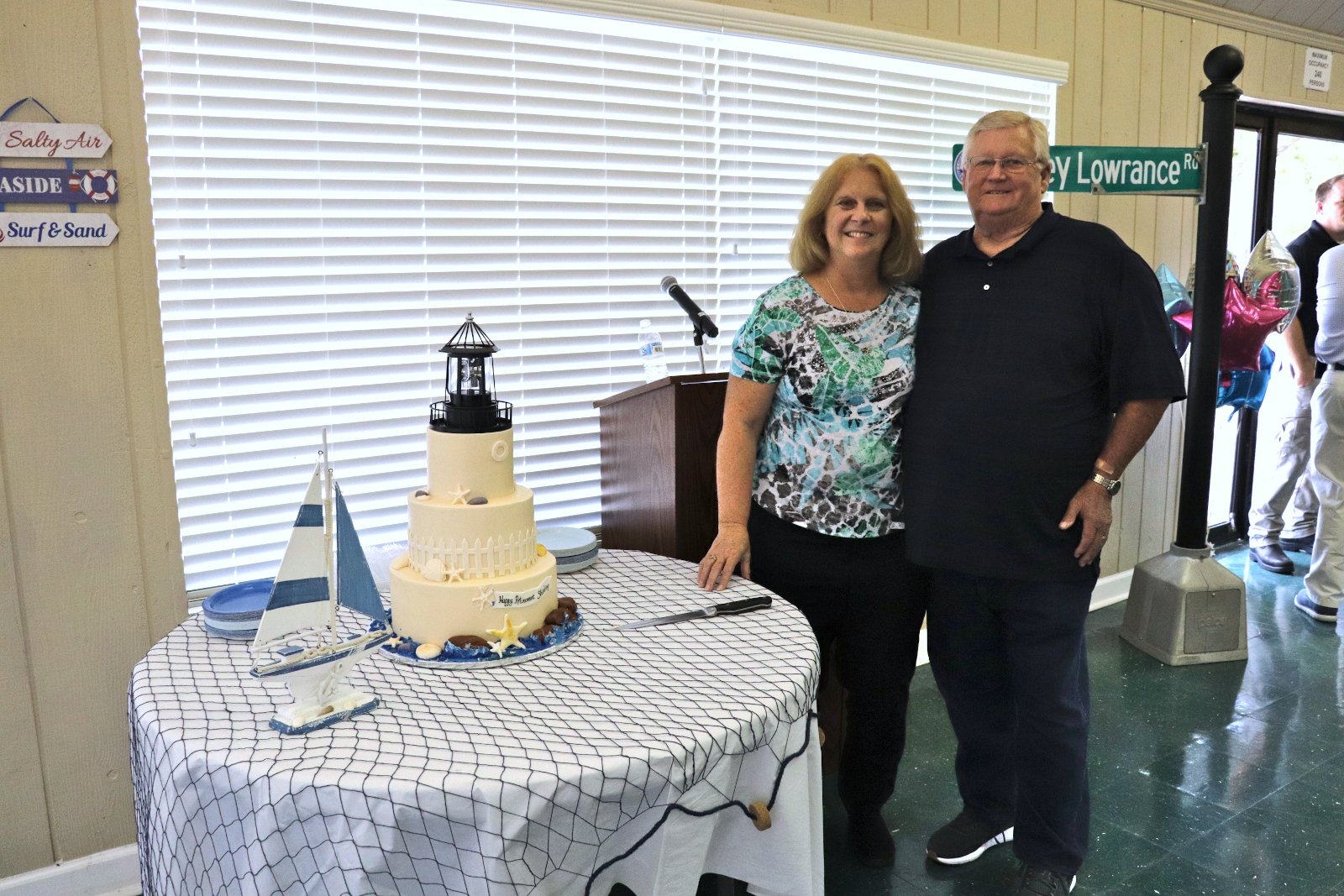