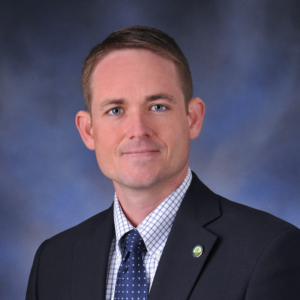 Jeff was born and raised in Auburndale, graduating from Auburndale High School in 2003. While attending AHS, Tillman was employed by the City, working summers and after school. Jeff graduated from Florida State University in 2007 and was hired by the City of Lake Alfred as their Parks and Recreation Manager in 2009. During his employment with Lake Alfred, Tillman obtained his Master of Public Administration Degree from the University of South Florida. In 2014, Jeff Tillman served as the Management Analyst in the City Manager’s Office with the City of Kissimmee. From 2015 to 2016, he was the Assistant City Manager for the City of Panama City until he relocated back to Auburndale. He served as the City of Auburndale’s Assistant City Manager  for several years and was promoted to the position of City Manager by the Auburndale City Commission on April 3, 2021.