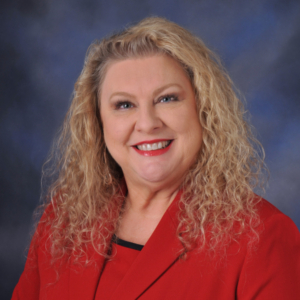 Dorothea Taylor Bogert is the Broker-Owner of the Auburndale based real estate company, FL Realty and has worked in real estate since 1998. Dr. Bogert is a native Floridian and a graduate of Auburndale High School. Dorothea received her Bachelor’s degree from the University of Central Florida and her M.S. and Ph.D. degrees from The Florida State University. In the past, she has worked at FSU, the Florida House of Representatives and was an adjunct professor of ethics at the now Polk State College. Dorothea currently serves on the Auburndale Chamber of Commerce Board of Directors. She has served on the Alpha Delta Pi House Corporation Board of Directors at UCF since 2001, and she serves as the Standards Advisor for the Gamma Gamma Chapter of Alpha Delta Pi at Florida Southern College. She is member of the Rotary Club of Auburndale. 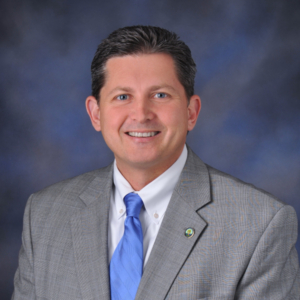 Keith A. Cowie is a District Manager for South Eastern Grocers, the parent company of Winn-Dixie Stores Inc. He has worked for Winn-Dixie since 1989. Mr. Cowie grew up in the state of Florida and graduated from Auburndale High School in 1992. He has an Associate Degree in Liberal Arts from Polk State College and is currently completing his Bachelor’s Degree in Business Administration at the same institution. From 2008 to 2015, Mr. Cowie served as a City Commissioner and during that time he served as Mayor in both 2011 and 2014. His current term as Commissioner began in January of 2018. He is also an Eagle Scout from Auburndale Troop 115 and currently serves on the Board of Directors for the Auburndale Rotary Club. He and his wife, Tabatha, have been married since 2002 and they have two children. Keith enjoys boating, theme parks and spending time with his family. 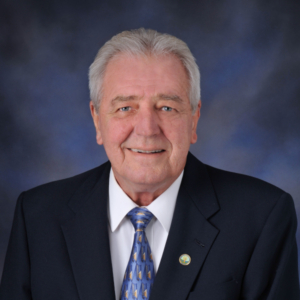 Richard Hamann was first elected to the City Commission in 1991, the same year City Manager Bobby Green was hired. Hamann, who was born in Prairie du Chien, Wisconsin is a 1969 graduate of Auburndale High School. He graduated from the Orlando Barber College and he works at the Please You Barber Shop in Auburndale. Hamann has served on the Commission intermittently since 1991. He is the immediate past president of the Ridge League of Cities. In 2013, he was the recipient of the Ridge League of Cities Nettie B. Draughton Municipal Official Award. On December 7, 2020, Richard Hamann received the Mayor John Land Years of Service Award for 25 years of elected municipal service. 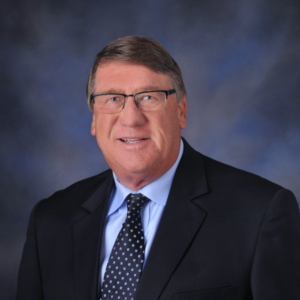 Jack Myers is a longtime resident of Polk County. He graduated from Auburndale High School and Florida Southern College. He has previously served as a Polk County Commissioner for two, four-year terms from 2000-2008. During his tenure on the County Commission, he has served as chairman three times. He has previously served on the myregion.org Board of Directors and the Community Relations Advisory Council. He has also chaired the Tourist Development Council and served as legislative liaison to the Polk county Delegation. Myers is a member of the Auburndale Rotary Club and currently serves on the Transportation Planning Organization Board. Myers and his wife, Karen, have two children. 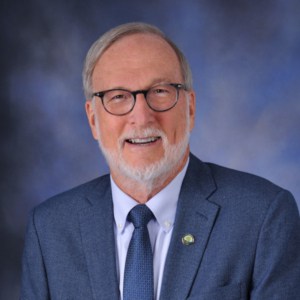 Bill Sterling was first elected to the Auburndale City Commission in 1995 and was subsequently re-elected, serving as mayor in 2001. He stepped down that year because of the charter provision limiting commissioners to two consecutive terms, but he won a different commission seat a year later and served two additional terms, again as mayor in 2009. Prior to serving on the City Commission, Sterling was a founding board member of the Community Redevelopment Agency. Sterling also served twice on Auburndale’s Community Development Agency board of directors. He and his wife, Jo, have been married since 1975 and have a daughter.