The City of Auburndale and its Auburndale Fire Department are delighted to Light the Night from September 27 to October 4, in participation with communities from around the nation to pay tribute to fallen firefighters. It is a special week, led by the National Fallen Firefighters Foundation, to honor those who have made the ultimate sacrifice and given their lives in the line of duty.

Light the Night for Fallen Firefighters is a week-long event where landmarks, fire departments, and homes are decorated in glow of red lights. The display of fire engine red is not only to remember the fallen, but also their families that have had to go through the grief of losing their loved ones.

You can visit the following locations to check out the display of red lights: 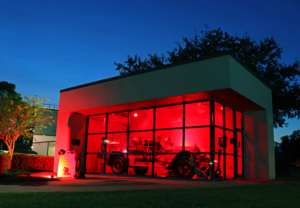